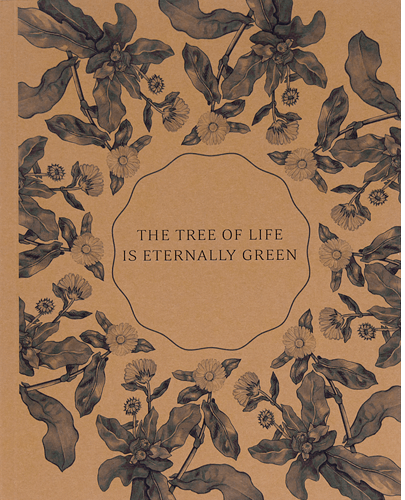 An intimate notebook of documentary work undertaken in Romania, exploring the country's landscape and integral connections Romanians have with nature. Martínez and Sáez travelled more than 6000km photographing mostly in rural areas, meeting with local people along the way. Their exploration encompasses winter through summer seasons, with the guiding theme that since the first inhabitants of Europe populated fertile Romanian lands, the spirit of Romanian society has been instinctively linked to the land.

Romania has a complex history where its people have struggled to claim territory, faced brutal oppression, communist nationalisation, and foreign exploitation of resources and agriculture. The central region of Transylvania was claimed at the end of the First World War, extending the country’s wealth of natural resources from the border with Ukraine to the Danube Valley. Industrialisation increased exponentially from the 1950s to 1980s and the effects had a massive impact on the economy, social progress, and the landscape.

Romanians have been resilient in the face of progress and adversity, and since the fall of communism in 1989 the country has seen an intellectual revival and a return to practicing long-held traditions. For over 15 years in a conflict in Roşia Montană, public administration and environmental organizations have confronted a mining company in a fight to keep their natural environment free from continued over-exploitation.

In The Tree of Life is Eternally Green, Martinez and Saez focus on identity and history from a perspective that transcends socio-political issues, and dispels stereotypes associated with Romanians. Their record is seeped in the natural environment and celebrates Romanian people, their traditions, the untamed landscape and the country’s rich flora.

Pascual Martínez and Vincent Sáez are two Spanish photographers working together as Niñorojo Project. Their focus is on human relations and the study of society through photography as a means of anthropological exploration. In 2014 they began an artistic residency in Bucharest, Romania, working on The Tree of Life is Eternally Green (previously entitled Nature/Citizens), and have exhibited in solo shows in Spain, and in Bucharest and Brasov (Romania). In part the making of this project was supported by grants for foreign cultural journalists awarded by the Romanian Cultural Institute. The Tree of Life is Eternally Green publication was recognised with the 2018 ArtsLibris-Fundació Banc Sabadell Prize, by jury selection at the Arts Libris book fair in Barcelona, and Martínez + Sáez won the Photography Prize of the University of Murcia (2018). Previously this work was selected to exhibit at PHotoEspaña Forum of the Community of Madrid and at PA-TA-TA Festival in Granada (2017), and in the final selection at Barcelona International Photography Awards (2015). Pascual and Vincent studied at the School of Art in Murcia, and combine their work as photographers with teaching, designing and curating photography exhibitions.

A work of great beauty… The Tree of Life is Eternally Green is a visual gift in the form of a trip through an unknown Romania. A test of what is achieved with effort, courage and much love. – Beatriz S. González, Writer, architect + photographer

The images are raw and deep, with rich colours and quiet moments. We are taken on a sensorial and poetic experience… – Emma Latham Phillips

Exhibitions in 2017
PA-TA-TA Festival, Streets of Granada, 19-25 June
PHotoEspaña Forum of the Community of Madrid, at Sala El Águila 5-11 June
Assembly Hall of the Art School of Murcia, 22 February – 22 March