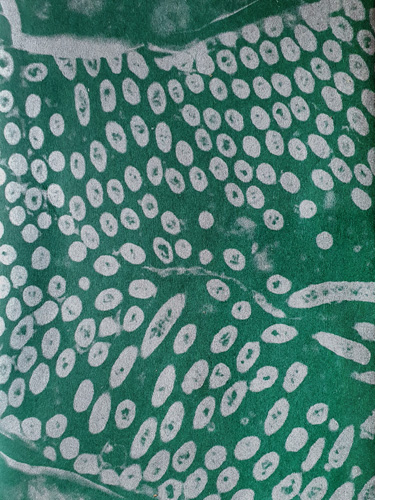 An unfiltered, personal and intense account of Xylella, the plant epidemic that threatens Europe; Fastidiosa is the result of Caimi + Piccinni photographing the plight of local farmers and environmental devastation in Puglia, southern Italy, over a period of six years. Working under the project title This Land is My Land, the duo were in the groves with farmers facing the destruction of their history, culture and livelihood, as they were forced to cut down heritage olive trees to prevent the spread of infection into northern Europe. Millions of trees have already been felled, and there is no known cure for the disease. Fastidiosa features a dramatic mix of black and white analogue portraits and landscapes, colour images highlighting scientific research and experimental efforts, with archival photographs and words from residents of the region.

First discovered in the touristic Gallipoli region in 2013, the bacteria Xylella Fastidiosa has rapidly been killing olive trees in Salento over the past several years. The disease is spread by sap sucking insects and stops the flow of water and nutrients through the xylem vessels, causing trees to die from the inside out. In an effort to contain further outbreaks, EU authorities dictate that all trees within 100 metres of one affected must be destroyed, whether it is infected or not. The result is economic catastrophe in a region where olive oil production is the main source of income, which has now been cut in half, and farmers across Europe now fear an uncontrolled spread of the pathogen.

Thousands of farmers in Salento have lost their life’s work, and the devastating repercussions push beyond the environmental landscape to the daily lives of the population, causing the loss of their unique human and cultural heritage.

While no direct remedy to stop the pest and save the trees has yet been found, agronomists and scientists are researching solutions. In particular, experiments are underway using shoots of wild olive trees found still alive and germinating within Xylella-devastated areas, grafting them onto more productive tree variants in an effort to create a resistant ‘super-tree’ species.

Caimi + Piccinni have taken a passionate but careful approach to documenting this subject, exposing the farmers’ very personal stories with utmost concern for the tragic circumstances they are suffering. By interviewing the farmers, they give a public voice to their opinions and experience. See their multimedia video presentation (MP4) including discussions with farmers on their land. While photographing the region over the period of six years, Caimi + Piccinni lived in an olive oil mill and developed their films there.

Jean-Marc Caimi and Valentina Piccinni are collaborators since 2013, working on documentary and personal photography projects. They focus on contemporary subjects, with a particular attention to human aspects of each story. Their work regularly features in press and media worldwide including The Guardian, Der Spiegel, Politico, Le Monde, L’espresso, Internazionale, Wired, GQ, Newsweek, The Sunday Times and more. They have received awards such as the 2020 PHmuseum Of Humanity Grant in the solo show category, the 2019 Sony World Photography Award in the ‘Discovery’ category, the 2018 Istanbul photo book award, the 2016 Gomma Grant for best B&W documentary work. They exhibit widely throughout Europe and Asia, having featured at Biennale Für Aktuelle Fotografie (Mannheim), Delhi Photo Festival, Lumix Festival (Hannover), Fotoleggendo, Phest and Voies Off in Arles. Previously they published five books including a trilogy on cities in transition: Güle Güle (Istanbul), Forcella (Naples) and RHOME, which was shortlisted for PHotoESPANA’s Best Photobook of the Year in 2019. Güle Güle received a special mention for the 2019 Kassel Dummy Book Award, was a finalist for the Luma Rencontres d’Arles Dummy Book Award and was shortlisted for the Arles Author Book Award in 2020. www.caimipiccinni.com

“As art over the years has shown us, there can be intense beauty found in the most devastating circumstances.Sometimes the beauty emphasizes the darkness. Instead of beauty, you might call it eloquence. And this book is eloquent.” – Kenneth Dickerman, Photo Editor at Washington Post

“From the moment you hold the photobook in your hands, feeling its thickness and weight and thumbing through the various textured papers, you sense that the narrative ahead will be intricate and visually stimulating… The pages are heavy with angst and trauma, but conclude with a sense of hope.” – Izabela Radwanska Zhang, BJP

“Photographs of the olive trees themselves are among the most arresting shown. It is here that the starkness of the landscape is laid bare and that the wider context of the seemingly unstoppable climate catastrophe is brought crashing into the mix. Pollarded, burnt, blurred, shadowed, lit with purple or red-orange lighting, these once graceful, historic trees are rendered alien and useless.” – Anneka French, Photomonitor

This Land is My Land (Fastidiosa) was awarded for the 2021 RESET Open Call “for having created a photographic story with a strong emotional impact without ever giving up the dialogue between ethics and aesthetics. For having been able to develop a complex theme through an expressive power built on comparison, testimony, documentation and creativity. For having been able to highlight the causes of an environmental drama, paying attention to the feelings of humanity.” 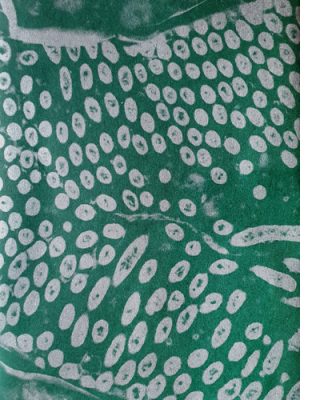