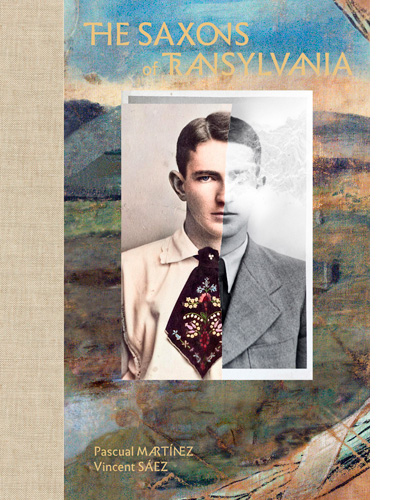 The Saxons of Transylvania documents a fading civilization with a mix of archival images, new photographs, illustrations and storytelling. In their second book photographed in Romania, Martínez + Sáez focus on ethnic German Saxons returning to Transylvania to preserve their distinct culture and heritage built over eight centuries. Indigenous to the region, their conflicted story is told through legend and history, and with current texts, revealing an uncertain future for what is now a dispersed group of people.

New settlers arrived in ‘the land beyond the forests’ beginning in the mid-12th century. According to legend, a Pied Piper lured local children away from the German town of Hamelin; they disappeared into a mountain and travelled underground until emerging from a cave in Transylvania where they settled into seven cities. The tale is believed to be inspired by the colonization of Central European territories by King Géza II of Hungary, when young Germans were led to Transylvania to fortify border towns. The skilled ‘Saxons’ built a productive society there and for generations lived peacefully alongside Hungarians, Romanians and Roma, while nurturing their specific identity.

In the 20th century wars and communism uprooted the people. During World War II they served in three armies (for Romania, Germany and Hungary) and became both victim and executioner. In 1945 more than 70,000 Transylvanian Saxons were apprehended by Soviet occupiers and deported to labour camps in Siberia. The new pro-Soviet government of Romania suppressed their historical rights and confiscated properties.

After the fall of communism in 1989, around 90% of the Saxons who remained fled Transylvania within a few months. Half a million people migrated to Germany and Austria, or to North America in search of a new life, and the deserted medieval villages their ancestors founded began to deteriorate. Now that very few Saxons remain in Transylvania, their history and legacy are in danger of disappearing entirely.

Today some who left Romania have returned in search of their roots and are working to preserve their heritage. This book highlights some of the last Saxons’ own stories surrounding their identity, memory, traditions and life experience.

Published with financial support granted by the Romanian Cultural Institute.

Pascual Martínez and Vincent Sáez are two Spanish photographers working in collaboration. Their focus is on human relations and the study of society through photography as a means of anthropological exploration. In 2014 they began an artistic residency in Bucharest, Romania, working on The Tree of Life is Eternally Green, and have exhibited in solo shows in Spain, and in Bucharest and Brasov (Romania). Their first book The Tree of Life is Eternally Green was recognised with the 2018 ArtsLibris-Fundació Banc Sabadell Prize, and Martínez + Sáez won the Photography Prize of the University of Murcia (2018). They both studied at the School of Art in Murcia, and combine their work as photographers with teaching, designing and curating photography exhibitions.

“…hooks the curiosity of the reader from the first pages.” – Gloria Crespo Maclennan (El Pais)

“What attracts me to this book is that its narrative strength overlaps, showing the integral ability of the two photographers to use text and images for visual narration.” – He Yining, Paper magazine (China) 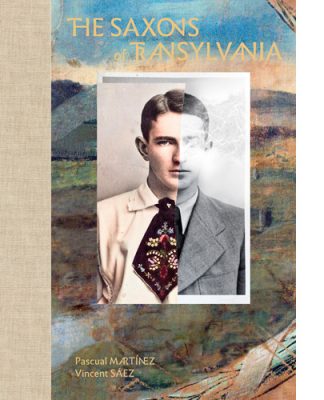 You're viewing: The Saxons of Transylvania £30
Add to basket
WELCOME TO OVERLAPSE! ENJOY FREE STANDARD SHIPPING NOW ON BOOK ORDERS TO UK + USA!