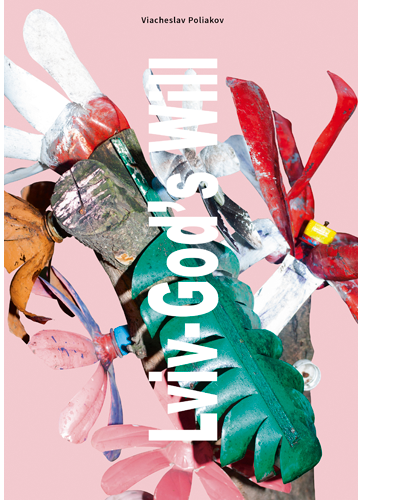 A kind of madness has taken hold in public spaces in post-Soviet Ukraine since the country gained independence in ‘91. While it has struggled financially and logistically to keep up with infrastructure maintenance, frustrated citizens arbitrarily modify and beautify their surroundings at will. Over time the accumulation of these various expressions highlights a way of life, and reflects the evolving psychological and sociopolitical mindset of Ukrainians. Meanwhile the country fights to maintain its existence against Russian influence and invasion, while living in the shadow of western economic abundance of the EU which lies just beyond reach.

Lviv–God’s Will comes from the name of a bus route that connects the city of Lviv with Bozha Volya, a small village lost deep in the forests along Ukraine’s border with the European Union — the promised land of wealth and eternal joy. The bus departs from the main gate of an old Lviv cemetery and travels west. In Ukrainian ‘Bozha Volya’ translates literally to mean ‘God’s will’, but also shares origin with the word ‘bozhevillia’, meaning madness.

A naive, visual subculture involving public space has become widespread throughout Ukraine after the fall of the Soviet Union and expansion of globalization. Makeshift sculptural scenes appear in the environment through accidental interactions and random interventions by unrelated people — products of indiscriminate behaviour, mistakes, destruction, and natural vegetation running wild. Ultimately, nobody is responsible for this happenstance. It is all God’s will.

The scenes and structures shown in this book are as found in reality, and have not been interfered with other than to be isolated from their surroundings using colourful backgrounds. Neither are they confined to any geographical boundary; they reflect a state of mind.

Based in Lviv, Viacheslav Poliakov documents public spaces in small Ukrainian towns. He focuses on telling the visual stories of objects and structures, and their random creation ‘without a conscious author’. Born in Kherson in 1986, he completed an MA in Fine Arts from Kherson State University (2007) working in abstract ink drawings. He now works as a motion and graphic designer, combining his career with personal photography projects. He is a 2018 recipient of the Gaude Polonia Scholarship offered by the National Centre for Culture in Poland. A 2017 Foam Talent Finalist, Viacheslav’s work has also been shortlisted and presented in Circulations Festival (2018), Krakow Photomonth Showoff (2017), Photofestiwal Lodz Grand Prix (2017), Prix Levallois (2017), and the Vienna Photobook Festival Award (2017). This body of work has featured in BJP and Photoworks, and exhibited in Austria, France, Georgia, Germany, Netherlands, Poland and Ukraine.

“[Poliakov] pieces together a view of contemporary Ukraine through the small and often overlooked details of the everyday – one that points to the many frictions that have emerged from its recent history.” – Sophie Wright in BJP 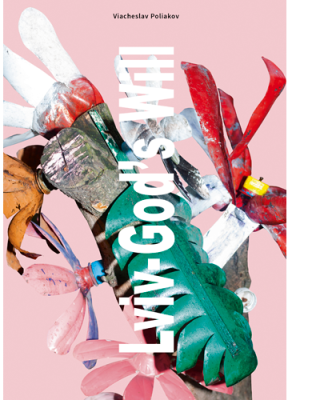